The Golden Age of Microbiology, Part 3 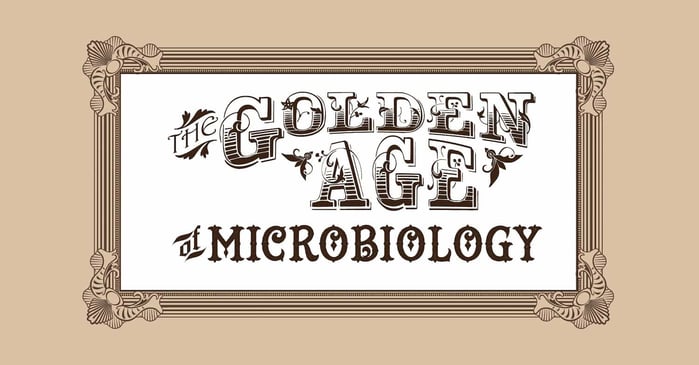 Exploration of the Golden Age of Microbiology would not be complete without a look at how its discoveries impacted hospitals and medical care. Today’s post takes us into the 1800s hospital, where the “good old surgical stink” was just as familiar as the blood-stained aprons worn (with some pride) by doctors. In fact, that “stink” was what led one pioneering microbiologist to make a very helpful connection.

During the 1800s, attempts to cure patients through surgery were often not successful. While these early surgeries did help advance medical care, they often left patients worse off than before, if they survived at all. Those that did survive often became septic, with infection leading to death quite quickly. Infection was seen as par for the course in surgery – a natural reaction to incisions, a result of the original sickness, or the effect of "bad air." Nonetheless, ways to stop infection were attempted, including salt, bleach, phenol (a coal byproduct), and lime. Infection rates were reduced in isolated clinics and hospitals, but no great movement towards any particular method took hold. The greatest example of this is Ignaz Semmelweis’ discovery that doctors washing their hands between patients significantly decreased maternal death after childbirth. Even though he had the data to back up his solution, Semmelweis’ admonitions went unheeded.

That is, until Pasteur unequivocally established the germ theory of disease: that tiny microorganisms were the root of disease, and were present all around us, airborne and on dust particles. This breakthrough gave researchers a reason for why washing hands, changing dressings, and other preventive measures might work. It gave them a place to start eradicating infection.

One such researcher was Joseph Lister, a British surgeon. He read Pasteur’s work confirming the role of microorganisms in spoilage and Pasteur’s proposals for preventing spoilage through filtration, heat, and chemical exposure. This reminded Lister of the successful application of these methods in treating sewage smells, and made the connection to the stench of infection. Applying this knowledge to the medical field, Lister began experimenting with the use of chemicals to control infection in his patients (since filtration and heat were not appropriate). He began with carbolic acid, the substance he knew had been used successfully to treat sewage water. Lister applied the acid directly to wounds and dressings and was amazed by the results: Almost no infections. He immediately instructed his surgical teams to clean instruments, their hands, the incision site before it was cut, and all wounds with a solution of carbolic acid, thereby introducing the world to the idea of antiseptic surgery.

Lister’s work set the stage for Robert Koch, who we explored in the last post, to take the step to improve cleanliness through the use of heat. He discovered that carbolic acid was merely bacteriostatic, preventing bacteria from reproducing, rather than bactericidal, killing all the bacteria. Exposing surgical instruments to steam heat, Koch found a way remove all contamination, introducing the world to sterilization. Autoclaves, which are found in every modern hospital and clinic, perform the same function for us today.

The work of these and other pioneering microbiologists set the groundwork for the world-changing discovery of vaccines, antibiotics, and viruses. Discoveries from the latter half of the 19th century still surround contemporary lab researchers as they discover the breakthroughs that could one day ensure a safer and healthier future for us all. (We're still are glad we did not live then, but are grateful for those who struggled to find a better way.)