Our Love/Hate Relationship with Bacteria 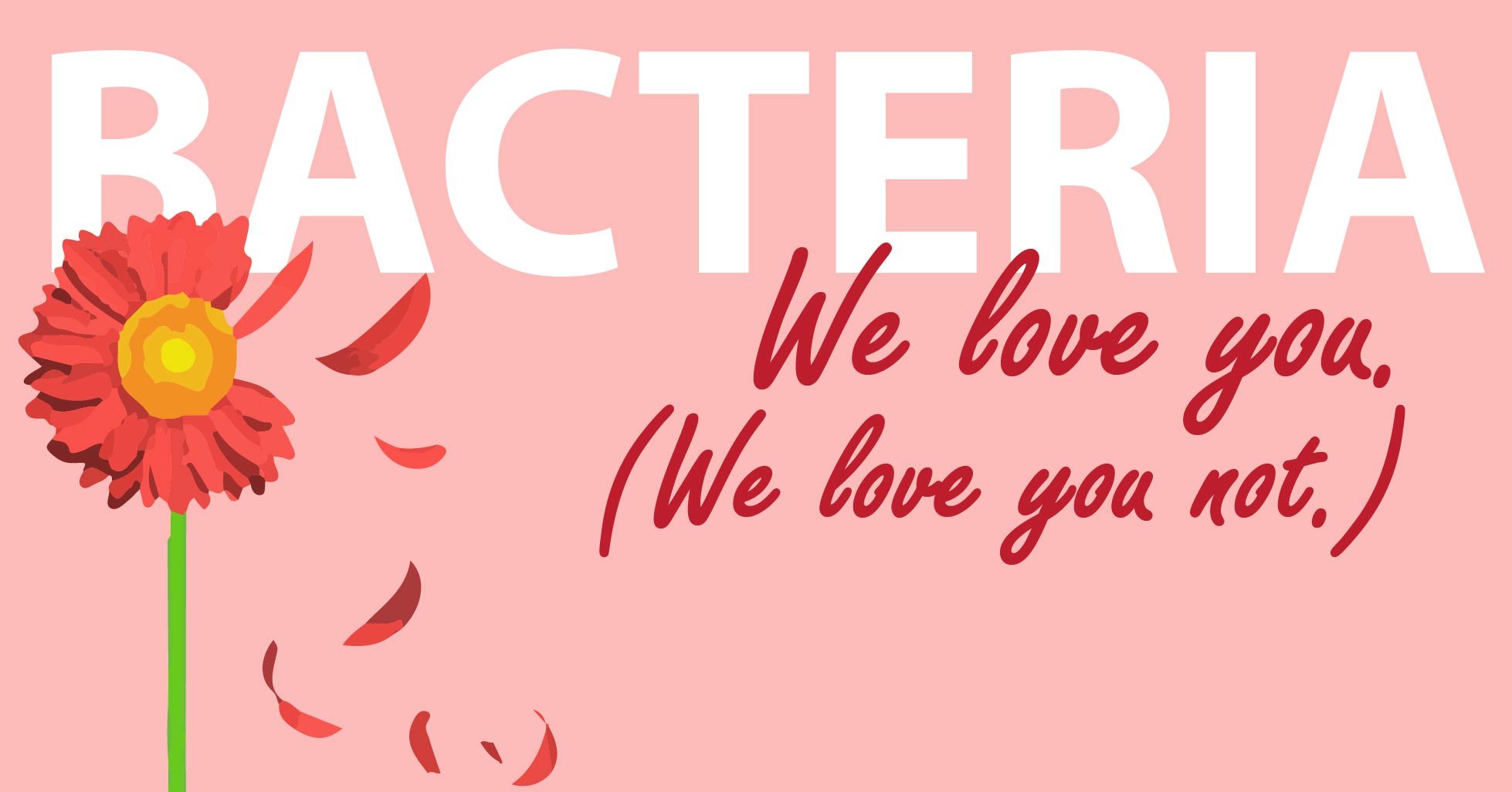 Bacteria are single-cell organisms. Where humans are made up of, on average 1 trillion cells, bacteria are made up of just one. But one isn't the loneliest number when it comes to bacteria; they reproduce very efficiently by splitting into two, who then go on to split into two more… and on until you have a colony of bacteria. Some of these colonies are beneficial to us, some don't harm us at all, and some are downright nasty, leading to harmful infections which can threaten our lives.

Bacteria live to divide and conquer

Bacteria are basically tiny motors whose sole purpose is to consume energy ("food") until they grow big enough to split and reproduce. If we could shrink down to a microscopic size, we would see them teeming over all surfaces including our skin, battling it out within their own species, with other species of bacteria, and with their environment, engaged in constant, all-out warfare. For bacteria, war is fought in two ways: 1) multiply to outnumber other bacteria, and 2) adapt to resist any attacks.

There are literally billions upon billions of bacteria species on Earth, and most have never even been classified. They are found in soil, in ocean water, on our skin, on our eyelashes, and even on the International Space Station. When it comes to humans, bacteria range from helpful to harmful.

Some bacteria are beneficial. These include the bacteria that live in our gut, called flora, which break down our food into parts that our body can absorb for energy and nutrients. Bacteria are, in part, responsible for the natural recycling that decomposes fallen trees into nutrients for soil, and other natural processes happening all around us, all the time.

Other bacteria are a nuisance, such as the bacteria that can cause our shoes to stink or food to spoil. Regular cleaning or refrigeration can slow the growth of this bacteria, but if left unchecked, can cause some materials to rot and can make us sick if we eat it.

Worst of all are the bacteria that can cause illness, disease, and even death. Called opportunistic bacteria, these microorganisms adapt and thrive in many environments, and can quickly reproduce to form an infection that can be life-threatening. These bacteria are particularly dangerous to individuals with weakened immune systems, such as babies, the elderly, and the sick. Especially harmful are those bacteria that are antibiotic-resistant, such as MRSA.

Bacteria represent a very simple form of life and yet reveal to us the mechanisms that make up our own bodies. By studying bacteria, we learn about ourselves!