CDC Says MRSA Reductions Have Stalled: Have we hit the limit of human processes? 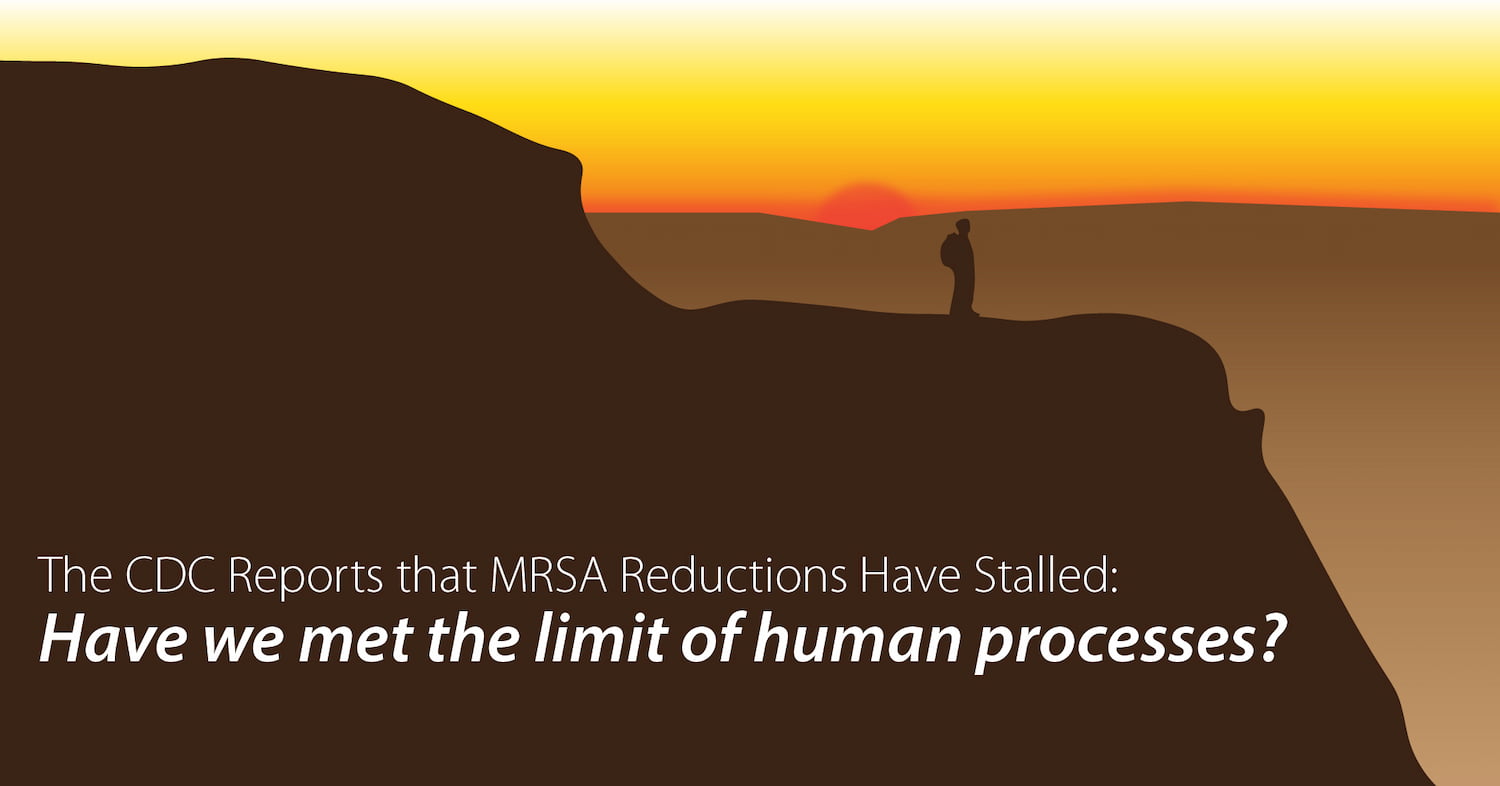 Just a week before the beginning of Patient Safety Week 2019, a disheartening report has come out of the CDC showing that no significant reductions in national MRSA rates have been seen since 2013. While previous years had seen an average of 17% reductions annually, this progress slowed to 7% per year from 2013-2016. The CDC's conclusions? We'll explore them in today's post.

1. An updated MRSA prevention framework is needed. Specifically, this framework needs to include more evidence-based practices with the goal of reducing transmission and preventing device- and procedure-associated infections. The authors also call for new and novel approaches such as decolonization of high-risk patients.

2. More investigation into post-discharge infections. Since the majority of hospital-acquired MRSA bloodstream infections are community-onset, which means they become symptomatic after the patient has been discharged, more research into practices to decolonize the patient prior to discharge is needed.

3. Just 200 hospitals have over half of the nation's MRSA cases. These hospitals should receive priority prevention assistance and interventions.

4. The opioid epidemic may be playing a role. Patients who inject drugs may be up to 16% more likely to develop an invasive MRSA infection. In fact, these patients accounted for 9.2% of MRSA cases in 2016. The study proposes a wide range of suggestions, including efforts to reduce opioid misuse, supporting access to sterile injecting equipment, and education in recognizing early stages of a MRSA infection.

In related media interviews about the report, CDC spokespeople have shared further speculation about the stalled MRSA reductions. Dr. Anne Schuchat, principal deputy director of the CDC, believes the "national plateau that we are seeing probably stems from dropping off in using the intensive [CDC infection control] recommendations." She also suspects one potential cause of the plateau is that hospitals are "wondering whether it's worth their trouble" to work so hard with so little results.

What Dr. Shuchat is describing is the very real fact that when working to achieve improvement, there is a limit to how much you can accomplish with human processes alone - some progress improvement experts say no more than 10-2 performance improvement can be achieved with human processes alone. After 10 years of changing the culture to first accept that HAIs were preventable and then convince healthcare workers to take adequate precautions, the gap that remains in MRSA reductions cannot be achieved by changes in behavior alone. To break through this plateau, there is a need for technological innovations that augment human processes.

New materials, devices, software, protocols, and other preventative measures will help us reach zero harm. One technology to help close the gap is Preventive|Biocidal surfaces that help prevent infection by killing any bacteria that lands on it. Other innovations include changes in device design and protocol shifts that lead to augmented human processes. The first massive reductions - 5 years of 17% reductions per year - should be celebrated as proof that changing human processes can help reduce a tremendous amount of preventable infections. This plateau, however, should help us realize that everyone who has been working so hard needs a little help to continue the incredible progress that has already been made.