Coronavirus Outbreak: What Global and Hospital Outbreaks Have In Common 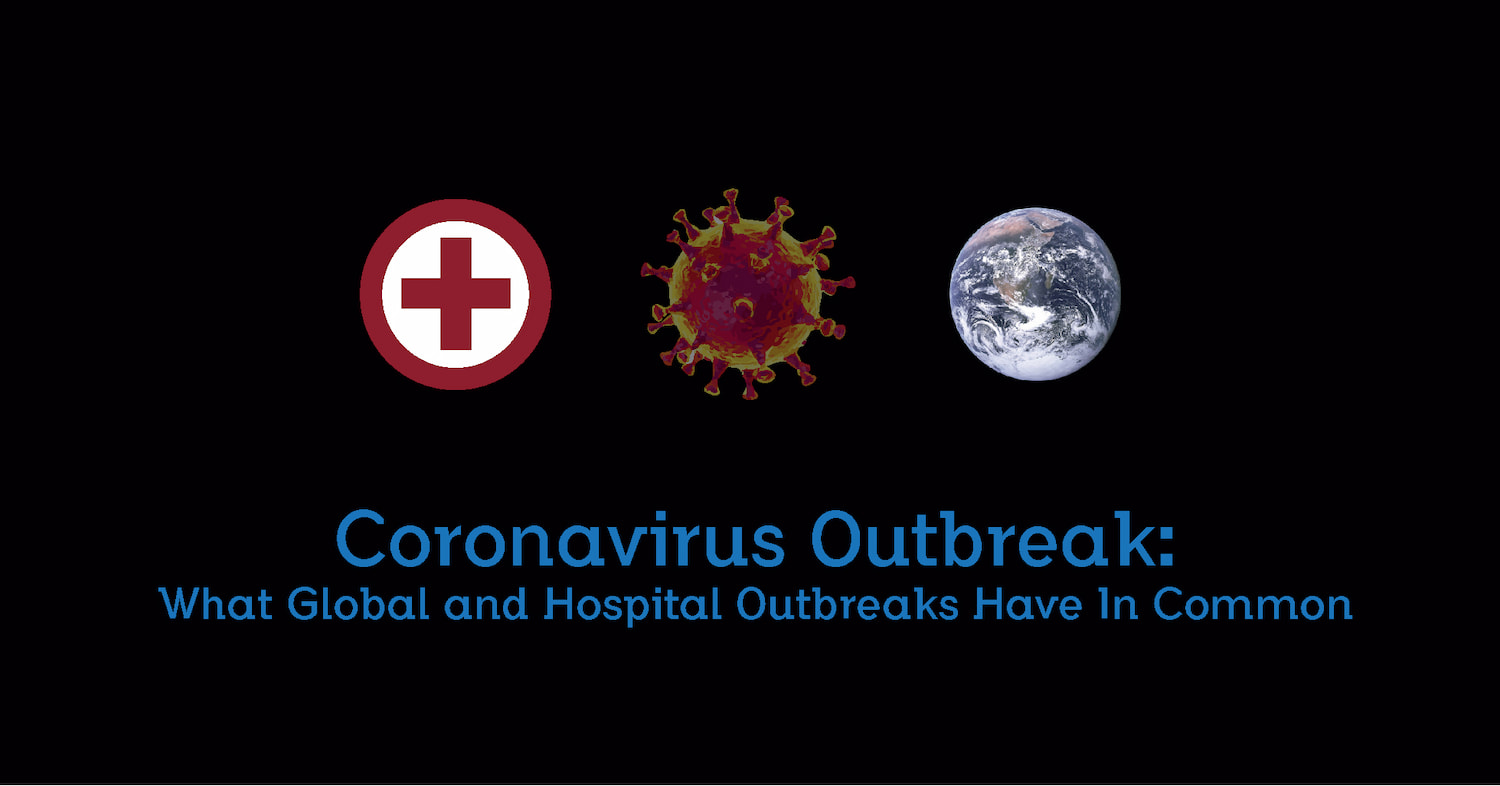 News about a new coronavirus in Asia has hit the headlines this week, with numbers quickly climbing and efforts at containment escalating. As the general public learns of the steps taking by health organizations and governments to prevent transmission and treat affected patients, it is a good time to point out that these steps are the same taken by community hospitals in their efforts to control infections. While on a much smaller scale, these steps in infection control and prevention mirror the global approach and come down to 5 basic steps.

One of the most important steps in outbreak control doesn't even happen during the outbreak itself - it's the surveillance that happens all the time. In the infection prevention world, surveillance refers to the collection and analysis of incidence reports. The World Health Organization, and partnership with regional health agencies, collect data reports on diagnoses and pathogens, always on the lookout for red flags or patterns that could indicate an outbreak. This was the case with the coronavirus first appeared in China during the last days of 2019. On a smaller scale, the same kind of surveillance happens at your community hospital. Hospitals report cases of infections to a variety of agencies, but also report unusual clusters to the CDC, who can in turn get a national picture and detect possible outbreaks early.

2. Identification of the Source

Once an outbreak is suspected, investigators immediately get to work trying to identify possible sources of the pathogen. Patients are interviewed to find out where they were and who they were in contact with in the days and weeks prior to their illness. Door-to-door visits with people that have come into contact with the patient are conducted, trying to identify new cases and narrow the search for the source. Swabs and samples are taken of probable sources of the pathogen and their cultures are compared with known cases. This has been the case with the recent coronavirus, which was almost immediately connected to the city of Wuhan, and specifically, an open-air market attended by many of the first patients. In a hospital outbreak, the exact same thing happens: Investigators look at the patients' locations, interactions, and treatments, looking for overlap and possible new exposures. Healthcare workers take samples of surfaces, patients, and equipment. Their goal is the same: Finding the source of the pathogen.

It is important for effective communication to be put in place at the beginning of a possible outbreak scenario. Effective lines of communication enable the public to know how to avoid transmission as well as how to report possible symptoms and get treatment. Communication also enables neighboring regions to prepare for possible cases, and take steps to prevent transmission in advance. While the history of effective communication of virus cases in China has had its low point, it is believed that health officials were forthcoming with the necessary information. Based on this data, steps for containment could be taken while keeping the public informed, a necessary combination when, for example, limiting travel during a major travel-associated holiday. Communication is essential in a hospital outbreak as well. All the internal departments must be briefed, but the general public is also alerted through careful steps with media and public disclosures. There is a delicate balance between informing and panicking the public.

As the coronavirus spreads, intentional efforts have included screening travelers from the affected area. In the United States, three cities (New York, San Francisco, and Los Angeles) have begun screening passengers from Wuhan, China. Travelers will have to complete a questionnaire about symptoms and travel locations, while thermal screeners are used to detect fevers. Individuals who show signs of illness will be further examined by physicians, and sent to a hospital for treatment if necessary. Screening is also an important step in containing a hospital outbreak. When an outbreak is suspected, many patients and healthcare workers will be screened for infection, and in some cases, discharged patients, visitors, vendors, and other staff will be screened as well.

The city of Wuhan is already closed to travelers, both in and out. Meanwhile, healthcare services are providing treatment to affected patients while the general public is being guided in how to avoid transmission. This isolation, while shocking on a city-wide scale, is also a standard procedure in containing hospital infections. Patients with known contagious infections are put in isolation, special rooms that help contain the pathogen while the patient receives treatment. Healthcare workers don special protective equipment (anywhere from gloves and gown to masks and suits) to protect themselves and make sure the pathogen doesn't leave the room on their own clothing or skin.

It is simultaneously fascinating and terrifying to watch an outbreak play out on a global scale. However, it should be reassuring to everyone to see the control and containment steps go into effect smoothly and efficiently, and to know that there are professionals spread around the world who are prepared to deal with these situations. Even fifty years ago, containing a global outbreak this quickly would have been impossible. The 1957 influenza pandemic was already severe by the time the world was aware that it had already affected 250,000 in Hong Kong. Compare that to the more recent SARS outbreak of 2003, when rapid identification and containment led to only 8,000 affected people. Thankfully, our progress can also be seen in hospital containment, where following these five steps has led to rapid detection and efficient control measures, limiting exposure and saving lives.