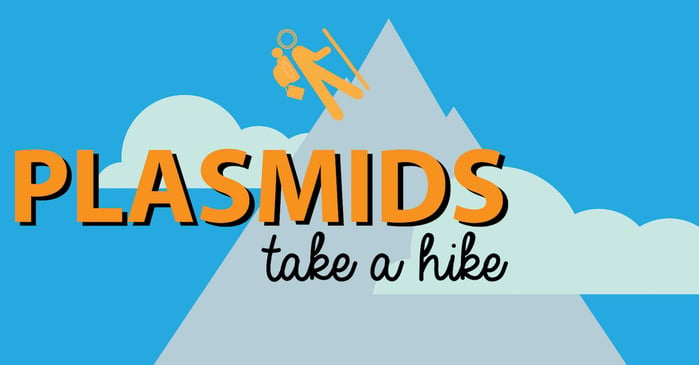 Imagine a group of hikers setting out on a 100-mile trek through a remote forest, each taking their own path and traveling alone. Each carries a backpack with supplies necessary for survival such as water, food, tent, and first aid kit. However, a few of them also carry a survival handbook with instructions on how to survive in the wild during life-threatening situations. Unfortunately, this book is extremely heavy, adding 50 lbs the backpack. Who will arrive at the destination?

If all goes well, hikers without the handbook will arrive safely. While some hikers won’t have the energy reserves to carry an extra 50 lbs. and may not survive the calorie requirements, while others will. Now what if the hikers encounter a life-threatening situation and need guidance - who will survive then?  Those with the handbook, of course. And if one of the hikers without a book happens to meet up with someone with the handbook, they could collaborate and share the information and survive together.

Now how does this apply to bacteria and plasmids? Let’s find out.

Bacteria are one-celled organisms, or prokaryotes. They contain a single loop of DNA which keeps them alive, generating all the mechanisms necessary to take in nutrients, convert them to energy, and build protein structures for survival. But some bacteria possess some added bits of DNA, smaller loops of instructions that are not needed for day-to-day survival, but provide code, or instructions, for mechanisms that help the bacteria stay alive under certain conditions of stress. These extra bits of DNA are called plasmids.

Plasmids are essentially small loops of DNA that can replicate on their own, whether or not the host cell is dividing. They are not considered part of the bacteria’s genome – the genes that create the everyday life-giving parts of the cell which are held in the chromosomes – plasmids are extrachromosomal. Every species of bacteria has the ability to have plasmids, but not all have them. Plasmids, made up of the same parts as chromosomal DNA, do require energy to maintain, creating more work for the host cell. If a plasmid gives the bacteria an advantage in survival, however, it will survive along with its host and continue to replicate and get passed around.

Those plasmids that confer an advantage and therefore stick around can give the bacteria some pretty incredible powers: The ability to break down dangerous substances, a toxin to kill other bacteria, the mechanisms to exchange genetic material with neighboring cells, increased virulence, and of particular interest, the ability to resist antibiotics. These powers provide such an advantage that the added energy burden is worth it.

Let’s return to our hikers for a moment. Under normal conditions, most of the hikers return safely, whether or not they had the heavy survival handbook (some may not have had enough energy to handle the heavy book). If they encountered dangerous circumstances, hikers who had a book of instructions helping them use the environment to generate the materials they needed had a much better chance of surviving. In those cases, the added heft of the survival handbook is easily outweighed by the advantage of survival. Just as with the plasmids and the host bacteria cell, the hikers lugging the book around do expend more energy and require more calories as they progress in their trek, but the information in the book ensured their survival.

The survival handbook, just like a plasmid, may not have the precise instructions for the situation at hand. In that case, the hiker is just as badly off as his friend with no book. However, if the book provides the needed instructions to, say, escape a bear or treat a snake bite, that hiker survives, more than making up for the weight of the book. In the world of microbiology, this would be equivalent to a bacteria having a plasmid for digesting unusual materials that does not help them avoid antibiotics.

And now a word about sharing. Just as a hiker can share instructions from the handbook to a fellow hiker in close proximity, so can plasmids be shared with neighboring bacteria. In the case of bacteria, a bridge is formed between two cells, and after the plasmid DNA splits, one half is carried across the bridge to the other cell. Each cell is then responsible for replicating the other half, completing and sealing the loop. In this way, plasmids of all kinds can be shared via horizontal gene transfer, completely independent of the host cells’ replication.

In our hiker analogy, the handbook conferred helpful tips to survive in various environments and situations. This survival is all great when we are talking bacteria not causing disease. However, when the bacteria are causing illness or injury, we want them to be as weak and vulnerable as possible so that we can destroy them with antibiotics. Unfortunately, some plasmids give bacteria the ability to resist one, two or even all antibiotics. One recent example is the gene named MCR-1, a gene that is carried on a plasmid and transferred between bacteria. It gives the host bacteria the ability to resist colistin, an antibiotic of last resort. This gene is dangerous because if it finds a way into a bacteria that also possesses the ability to resist other antibiotics, it will essentially render that bacteria invincible. We don’t want invincible bacteria.

Plasmids are not all bad, however! They play a key role in genetic engineering, since they are so good at splicing in new genes into the chromosome of their hosts, adding these new genes to the main DNA that splits and passes on with each replication of the cell (see box above). We are able to mass-produce certain proteins by getting bacteria to do the work for us. In carefully controlled conditions, we can use plasmids to pass on the ability of making insulin and even antibiotics to specific bacteria, who then churn out the needed protein like tiny biological machines. Think of it this way: We use a great hiker to carry a set of instructions on how to make maple syrup to a group of workers deep in a maple forest. Once they have the instructions, those workers will keep churning out maple syrup as long as we keep them and the forest healthy.

Plasmids are a fascinating area of study for biologists, especially genetic engineers. In a way, they are nature’s own DNA splicing tool, ready for us to understand and use to our benefit. It is the hope of many researchers that this handy route of DNA movement and exchange that has caused so many obstacles to health may one day provide us with new avenues for treatment and prevention.