Pathogens Can Become Resistant to Disinfectants? 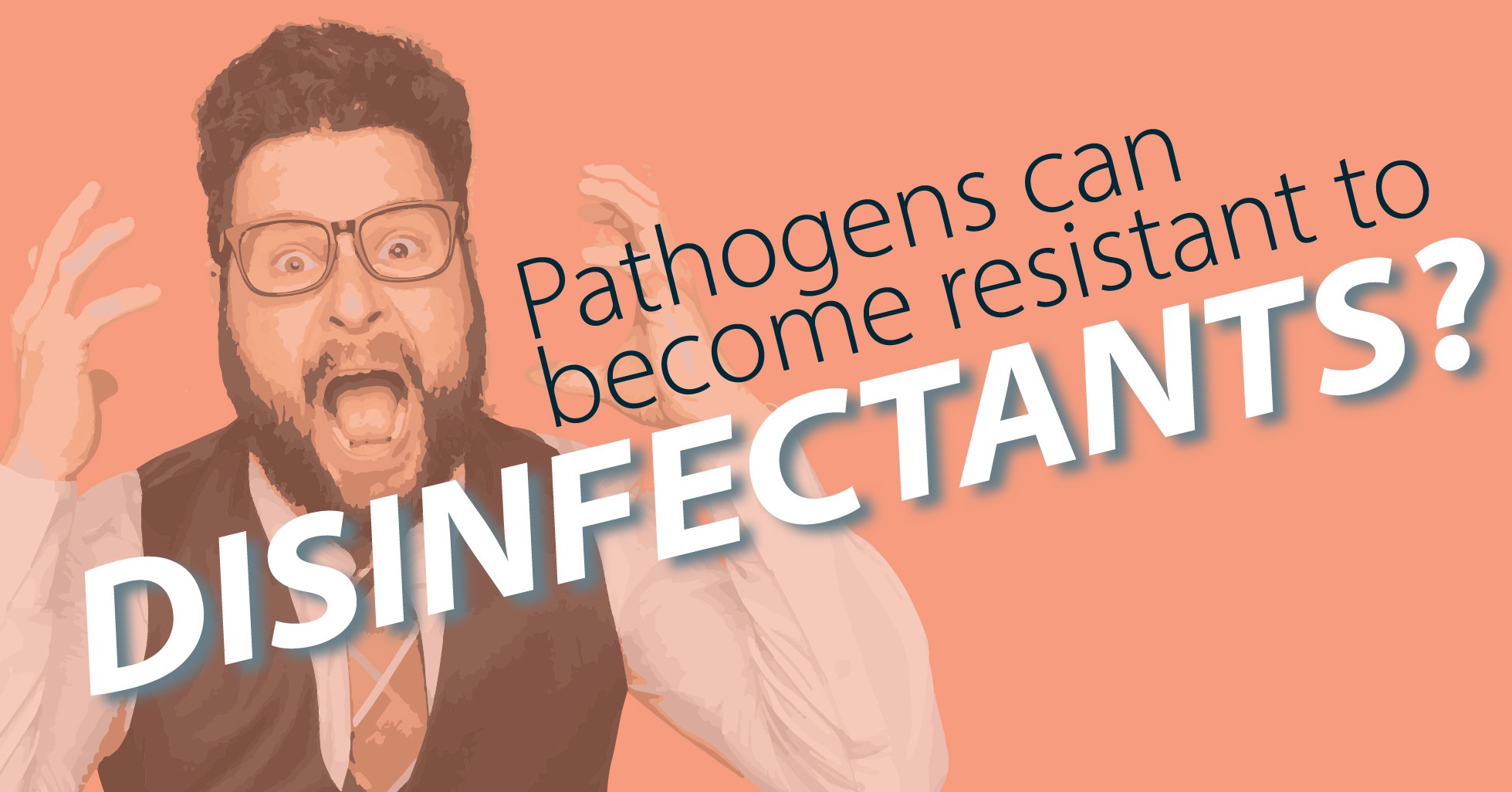 Bacteria have been around for, oh, 3.5 billion years or so. They didn't achieve this longevity without collecting a few tricks up their sleeves. Among them is the ability to adapt to their environments from one generation to the next, activating certain genes during times of distress, changes in humidity, and access to nutrients. The resulting tricks are known collectively as "resistance." Bacteria can become resistant to antibiotics such as penicillin, creating dangerous drug-resistant strains. They can also become resistant to disinfectants, including those used in today's hospitals. In today's post, we'll learn why that matters.

The degree to which a bacteria's susceptibility is reduced depends on the tools the bacteria has to work with. Some bacteria can combine resistance with the ability to revert to a spore, making them all but immune to disinfection. One pathogen that falls into this category is C. difficile, which is why bleach is needed to assure eradication. Candida auris, a particularly resistant fungus which also has spores, can only be eradicated with bleach as well.

The ability to form biofilms can also be activated through exposure. Bacteria such as E. coli, S. aureus, and others do not normally form biofilms. Through extended contact with quaternary ammonium compounds (QACs), they produce generations that have stickier membranes, enabling the biofilm to form. The biofilm, in turn, protects the colony and makes it incredibly difficult to eradicate. Many outbreaks have been caused by contaminated QACs, with bacteria colonies present in the disinfectant bottle itself. Some biofilms, such as those created by P. auringosa, can resist even high concentrations of peroxyacetic acid (PAA) treatment.

Are there any cleaners that do not lead to resistance? Bleach and alcohol have the least resistance.  Bacteria cannot become resistant to UV disinfection, although some tolerance has been found in certain species of viruses. Bacteria cannot become resistant to copper and copper-infused surfaces, since bacteria depend on copper for survival and cannot lose their ability to absorb it. Even after thousands of years of use, copper still has not led to resistance in any known pathogen.

Part of reducing antibiotic resistance is helping reduce resistance overall, including to disinfectants. This means using cleaners at the minimum level required to do the job, not overexposing surfaces to chemicals to which bacteria can become resistant. This also means using the right disinfectant for the job, to make sure all the pathogens are eradicated, not just the susceptible ones. Finally, the use of biocidal materials made from copper assure continuous reduction in bioburden without the threat of encouraging resistance. With global antimicrobial resistance on the rise, we all need to do our part.