Copper and Our Innate Immune System 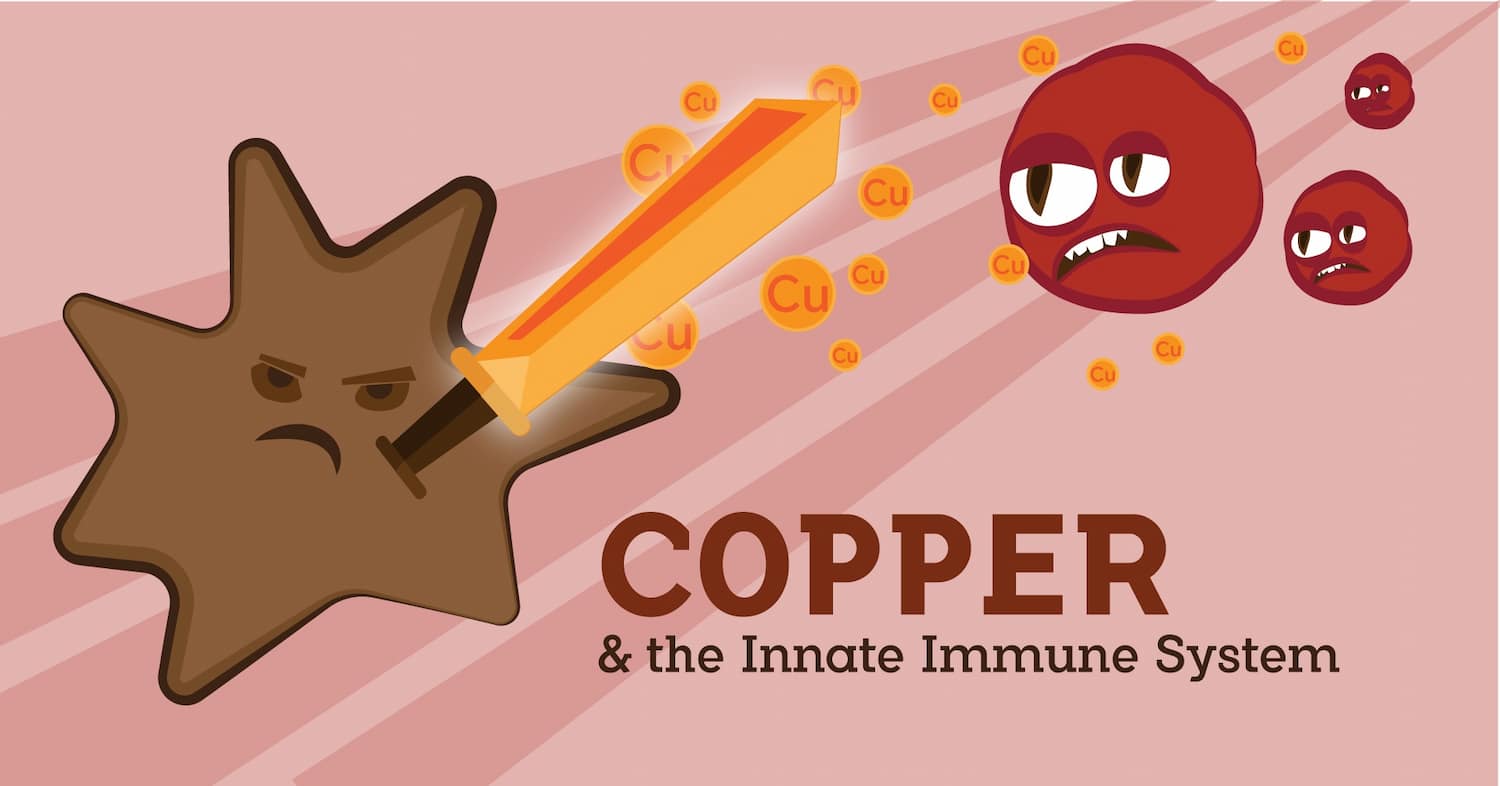 We spend a good amount of time on this blog discussing the new uses of the biocidal properties of copper. We look to the past civilizations that used copper to kill bacteria without knowing the mechanisms behind it - the Ancient Egyptians who used copper in wounds, the Ancient Greeks who used it in plumbing, and the seafaring explorers who used it to store drinking water. But there is actually a far, far more ancient use of copper to combat infection: Our own innate immune system.

Along with all living things, we have a complex immune system that helps our bodies seek out and destroy pathogens. There are actually two immune system branches: Innate and adaptive. The adaptive immune system is the acquired immunity we develop over our lifetimes, the system that releases antibodies that are specifically able to kill a pathogen. Vaccines build upon these adaptive mechanisms to protect us from some infections.

The innate immune system is not as specific as the adaptive - it does not target specific pathogens - but it is the first line of defense against infection. This system involves barriers, both physical and chemical, such as the skin and mucosal lining of our GI and respiratory tracts. Within the first hours of exposure to a pathogen, the innate immune system activates the inflammatory response, allowing more blood to flow to the affected area. It sends in white blood cells to begin the process of destroying the bacteria, and it also activates the adaptive immune system.

So where does copper fit in?

All living things use copper as a trace micronutrient in many aspects of metabolism. Because it readily accepts and donates electrons, it is a very versatile element to use to speed up the breaking down and building up of molecules - that is, it serves as an important feature of catalyst enzymes. Our bodies have complex systems to regulate the amount of copper, keeping it at a healthy level known as homeostasis. It is important to regulate the level of copper, since too much can lead to cell death.

And it is this very danger that the body capitalizes upon when fighting infection. It is believed that the body, specifically, the phagocytes released by the innate immune system response, use concentrations of copper to kill bacteria or use chemical means to prevent bacteria from acquiring copper. This theory is supported by several research findings.

While research is ongoing, findings seem to point to phagocytes using copper (and zinc) ions as a redox catalyst, breaking down the cell walls of bacteria. Sound familiar? That’s exactly how the copper in EOScu continuously kills bacteria.

Editor's Note: This post was originally published in November 2018 and has been updated for freshness, accuracy and comprehensiveness.