Career Focus: What is a hospital epidemiologist? 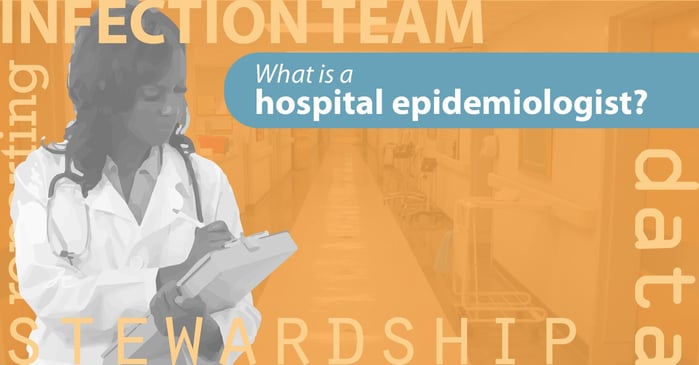 Epidemiology is a branch of medicine that studies the way disease moves through human populations, from outbreak to control. The word epidemic itself means “among the people,” used to describe a disease that affects an entire community. Today we will explore the role of the specialist dealing with disease in a very specific community, the hospital.

An epidemiologist specializes in patterns of disease. The patterns can refer to how particular disease or infection spreads, the strain of the bacteria causing it, or the infection risk associated with specific human behaviors or structures. The first epidemiologists focused on contagious diseases such as influenza or measles, studying what caused these diseases and how they spread. One of the best examples of how epidemiology works “in the field” is actually one of the first: An investigation of an 1854 cholera outbreak in London. John Snow, an anesthesiologist by trade, noted the residence of cholera patients on a map in an effort to locate the source of the cholera contamination. Based on his maps, he was able to identify a specific public water pump as the source, thus ending the outbreak. For this groundbreaking approach, Snow is considered the “father of field epidemiology.” Field and clinical epidemiology, in which researchers investigate infectious pathogen strains, track their progress, and implement control plans, has led to the eradication of smallpox and the near-eradication of many other diseases.

In the latter half of the 20th century, the impact of hospital-acquired infections brought epidemiologists to the hospital. Within in the walls of the hospital, outbreaks of infection were plaguing the health system with needless death and injury as well as financial costs. Starting in the 1970s, research began to prove that systematic infection prevention and control were effective in reducing HAIs, and that a critical component of that success was a team of dedicated infection control specialists to track infections, communicate their findings, develop plans, supervise their implementation, and monitor results. In addition, this team needed to have a specialist in infection prevention and control.

Today’s hospital epidemiologists develop plans, educate healthcare workers, track infections (including resistant strains), monitor antibiotic use, and submit reports. They must understand the unique needs of their hospital, including the community it serves and its employees. They must stay up-to-date on compliance standards for accreditation, Medicare reimbursement, and other regulatory bodies. But their ultimate goal is improving the quality of patient care and the safety of hospital employees.

As part of a hospital’s infection prevention team, the epidemiologist does not have to carry the weight of all the responsibilities alone. As a Director of Infection Prevention, they could oversee a staff while setting the vision for their hospital. As an Infection Preventionist, they may be responsible for collecting data points on microbiology reports, create statistical summaries, and present findings to staff. Depending on the needs of the infection control team, the epidemiologist could have a nursing background, medical technology training, a Master’s degree, a PhD, or even an MD. A large hospital may have several epidemiologists, while a small hospital may have just one dedicated professional. With growing penalties for hospitals with too many hospital-acquired infections, the role of the epidemiologist will continue to expand.

You may not be aware of the infection prevention team at your hospital, but they are there, working towards eliminated hospital-acquired infections. They are obsessed with details: work schedules, cleanser concentrations, hand hygiene regimens, pathogen strains, antibiotic doses, room layouts, materials, surfaces, and innovations. All things considered, a significant part of the reduction and elimination of HAIs will be thanks to the behind-the-scenes talents of an epidemiologist.