In our earlier post, we explored the way mutations in bacteria can result in antibiotic resistance. If a mutation helps a bacteria survive its environment, it passes that strength on to future generations, who also survive. Pretty simple. But did you know that bacteria can also transfer their resistant genes to neighboring bacteria, just like mailing them a letter?

More and more research is demonstrating that cells, including single-celled organisms, can exchange genes with neighboring cells in what is called horizontal gene transfer.

There are three ways that bacteria can share genetic material, including antibiotic resistance, with neighboring cells. To understand these mechanisms, it's important to remember that DNA is a very, very long molecule that can be broken into pieces. It doesn't "die" when it is broken apart, it's just incomplete. Imagine DNA like a book: You can tear out the pages and still read them, you just won't know the whole story.

The cells bump into each other and exchange plasmids, which are small pieces of DNA. The bacteria do not have to be of the same species. Using the book analogy, you bump into your friend in the hallway at school and both drop your papers. As you pick them up, you exchange a few random sheets. Conjugation is thought to be the most common mechanism of horizontal gene transfer.

A bacteria takes in pieces of DNA floating in its environment, most likely left there by a bacteria that died and broke apart. That DNA is then incorporated into its own DNA. Returning to our analogy, you are walking down the hallway at school and see a sheet of paper, pick it up, and add it to your pile.

Viruses enter the scene with this mechanism of horizontal gene transfer. There are certain viruses that infect only bacteria called bacteriophages. These packets of genetic material can invade one bacterium, steal some DNA, and then transfer it by invading a second bacterium. The bacteria in this mechanism must be closely related. Let's go back to our school hallway and imagine you are walking with your pile of papers. Suddenly, a zombie knocks you over and takes some of your papers, runs off, and then knocks over your cousin, stealing some of his papers but leaving yours with him.

1. Fast growth rates of bacteria. E. coli, for example, can double every 20 minutes.

This can all be terrifying. But rest assured, there are ways to combat antibiotic resistance. We will look at those ways (as well as some obstacles) in our next post about superbugs. 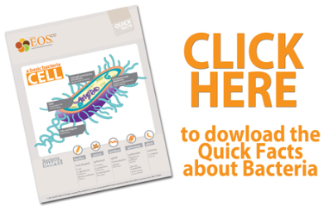 Editor's Note: This post was originally published in February 2015 and has been updated for freshness, accuracy and comprehensiveness.