Pathogens: Some Tricks, Some Treats 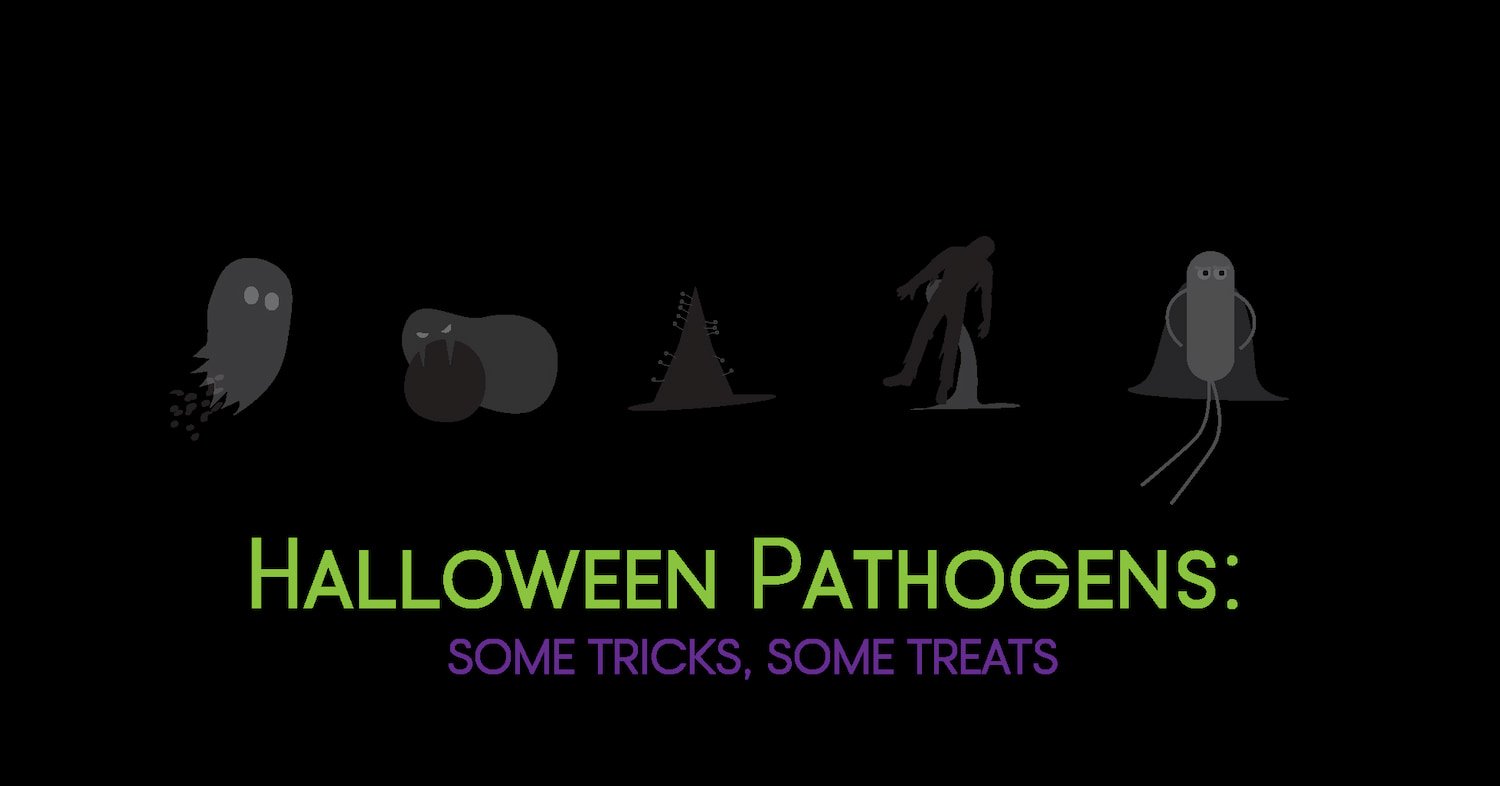 This week we celebrate Halloween, a holiday to get spooked by supernatural creatures for one night of the year. For those of us working in the world of infection control, there's enough spookiness lurking in the microbiome to give us nightmares every night. In today's post, we'll look at some of the creepiest microorganisms and see that some of them share traits with Halloween's classic characters.

Zombies: The Fungi That Control Brains

Many of us are familiar with the scene from a BBC science documentary featuring a fungus taking over the body of an ant, only to erupt dramatically from its head, sending its spores out into the world. It's the stuff of nightmares. The fungus is Cordyceps, and its survival adaptation is truly astonishing. Once it hijacks the ant's nervous system, it "drives" it to the rainforest floor to find nutrients. When it is ready to release spores, Cordyceps "drives" the ant back up to the treetops, where it releases its spores in a particularly grisly manner.

Witches: Were They Created by a Fungus?

Another Halloween classic has a connection to yet another fungus, in this case, Clariceps purpurea, or rye ergot. Consuming the fungus leads to hallucinations, convulsions, vomiting, rapid breathing, and stillborn births. It apparently also leads to women being accused of being witches - many believe an outbreak of this fungal infection led dozens of young women to be tried and hanged as witches in Salem, MA and throughout history!

Micavibrio might as well be called the vampire bacteria. This predatory bacteria lacks the ability to absorb nutrients from its environment, so it has survived by attaching itself to other bacteria and leaching nutrients from its prey until it dies. Although perhaps we could call this strain a vigilante vampire, as it tends to attack Gram-negative bacteria that are pathogenic to humans, perhaps hinting at potential use as a tool against infection.

Ghosts: The Wisps Left Behind After Death

If a ghost is but a wispy remnant of a human haunting the place it died, then these bacterial ghosts are much the same. When a bacteriophage kills a pathogen, it leaves behind an empty shell that, while no longer toxic, can continue to stimulate the immune response in the host. So just as stories have ghosts hanging around reminding everyone of their existence but not really being able to interact, so do these empty bacteria envelopes. This ghostly state can be helpful, however, since it can be used as a safe vaccine.

With the advent of new gene-editing technology such as CRISPR, the idea of cobbling together a living organisms from parts of others is no longer just a figment of a mad scientist's imagination. Just as Dr. Frankenstein took portions of bodies to fuse and reanimate, so do gene editing researchers - using bacteria to slice open genetic code and insert the desired code. Let's just all remember how Frankenstein ended, shall we?

It is no secret that microorganisms have led to the deaths of million upon million of humans throughout history. Before the discovery of vaccines and antibiotics, it was not unusual to have a pandemic wipe out tens of thousands up to tens of millions of people in one massive outbreak! With this kind of history, we should all be dressing up as influenza, cholera, or yellow fever instead of the grim reaper.

Superheroes: Can Microorganisms Be Saviors?

No one wants a superbug, that's for sure. Their antibiotic resistance makes them more like supervillians rather than superheroes. But we can't conclude this post without mentioning all the incredibly good things microorganisms do for us. On a daily basis, they protect us from opportunistic bacteria, help us digest food, and even help make wine, cheese, beer, and other delicacies for us. But today we are nominating E. coli as a superhero. Yes, this bacteria can lead to GI troubles if we don't wash our hands or if we eat contaminated food. But E. coli is also responsible for most of the knowledge we have about bacteria - it is the most studied bacteria. It is also responsible for producing a great deal of the world's lab-created insulin, as well as countless other helpful organic molecules. E. coli, along with all of our microbiome, is truly a superhero that never receives the thanks it deserves.

We hope you enjoyed this more lighthearted look at pathogens. As Halloween night ends and all the supernatural frights return to their graveyards, mad laboratories, and costume boxes, we thank everyone who will wake up tomorrow to continue to research and protect us from the everyday frights that lay in wait. We hope everyone has a safe and happy Halloween!