One Mom's Battle Against Cancer and Infection (Part 1) 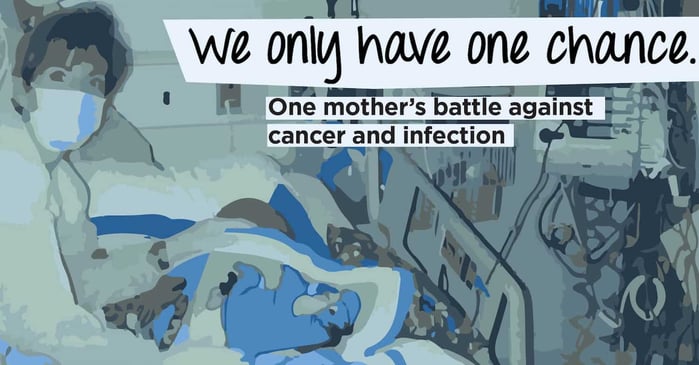 It was a fall evening just after Thanksgiving when Page snuggled with her son at bedtime. He had just celebrated his 3rd birthday and was feeling a little under the weather, so she was rubbing his belly while he rested, going through the list of what it could be - chicken pox? Too much dinner? A stomach bug? All those thoughts came to a screeching halt when she felt a soft lump just over her son's belly button. With a sudden mother's intuition that would prove to move mountains in the years to come, Page bundled up her child and with shaking hands, immediately drove him to the emergency department at the nearby children's hospital. Only a few hours later, the world-changing diagnosis was given: Neuroblastoma. Stage IV. Cancer.
Among the leading causes of childhood mortality, neuroblastoma is an aggressive, fast-growing cancer that begins in utero, in an embryo's first nerve cells. Prior to 1999, when Jack was diagnosed, the survival rate was 34% for children aged 1 to 14. Jack, with an advanced stage of the disease and a large tumor, was given a 15% chance of surviving for 3 years. Against all odds, Jack survived this devastating diagnosis, and today, we will explore one of the reasons why: He avoided a major infection throughout his treatment.
A significant reason Jack survived his neuroblastoma was the then-new treatment protocol he received as part of a clinical trial at the Memorial Sloan Kettering Cancer Center (this protocol is the reason mortality has decreased 50% for children with neuroblastoma). However, he would not have been able to receive this protocol as it was intended if he had also had to fight off any number of infections that patients with cancer tend to get. Any delays to treatment allow cancer to grow, and infections take a toll on a body that is already being taxed by intense chemotherapy and radiation treatments. How was Jack able to avoid a major infection, when so many children are not so fortunate?
"So much to know - dressing changes, sterile environments, wash hands, wash hands, wash hands..."
In preparing this blog post, we had the honor of having access to the diary of Jack's primary caretaker, his mom Page. In this meticulous record, which she used to record notes as well as to update her friends and family, she reveals the purposeful steps she took to avoid infection at all cost. With a background in nursing, Page absorbed all the information she could, asked questions, and went about setting the stage for Jack's treatment and recovery. As the quotes that title this and future sections show, Page realized early on the importance of a clean environment. While her first major life-saving decision was allowing Jack to enter the clinical trial at New York's Memorial Sloan Kettering Cancer Center, her second major decision was equally as life-saving: She decided right then and there that Jack would never get an infection on her watch.
"I chose to be and am proud to be a part of Jack's nursing care."
The night when Page first brought Jack to the ER, her son received the first of many chemotherapy treatments. He would soon get a central line catheter, allowing easy access to his bloodstream for chemotherapy, medications, and nutrition - but also easy access for bacteria and other pathogens to enter his body. Page was taught how to change the dressing three times a week, how to flush the tubing to avoid contamination, and how to prepare a sterile environment, complete with mask, gloves, and sterilizer. In a world where she had no control over so many things, Page decided she could control Jack's exposure to infection. Not all parents have a background in nursing, but every hospital will train parents how to maintain sterile environments at home and even how to give injections and change IVs. The issue for all home caregivers is doing it right, every time, even when it's really, really hard.
"Why do you hurt me, Mommy?"
Nothing is as heartbreaking as seeing your child in pain and not being able to do anything about it. Nothing, except being the one that is causing the pain. By taking on Jack's nursing care, Page also took on the responsibility of doing what was right and healthy, even when it was painful and difficult. It was 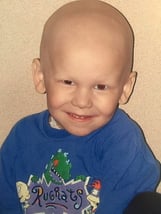 easy to give up the long nails, the jewelry, even the free time. But not all the decisions for Jack's health were easy. At just three years old, Jack would become anxious when his mother put on her mask to change his dressing - he would cry and even beg her to take it off. With tears of her own in her eyes, Page kept the mask on, knowing that airborne pathogens could easily enter Jack's bloodstream while his central line was exposed. Friends and family, a much-needed lifeline during the months and years of treatment, would be turned away at the door if they had even a sniffle or a hint of a bug - even if Jack was sad to miss a visit. Offers of free tickets to amazing concerts or events were refused - Jack was too vulnerable to the pathogens that go along with large crowds. Gaining a reputation for being a demanding mom at the hospital was difficult, too - she had to speak up for her son countless times in her efforts to help him survive.
"The constant fear each day is infection."
Those who have not gone through cancer treatment may feel that this type of isolation - even obsession - was extreme. Seen from a mother's point of view, so much was out of her control - whether Jack's tumor would shrink, if the surgeon would be able to remove all the cancer cells, and on and on. What she could control, however, was Jack's sterile environment. And as it turns out, this extreme approach might have saved Jack's life.
As we explored in previous posts, a patient undergoing cancer treatment is extremely vulnerable to infection because he literally has no immune system. For months at a time, Jack had zero white blood cells, as his cancer treatments eradicated them from his body. In addition, his skin was fragile and his GI tract was sensitive, leading to greater risk of infection. With no ability to fight off pathogens, even a mild cold could result in a dangerously high fever (his body's only remaining weapon against infection), resulting in delays in treatment which could be fatal. Jack already had high doses of antibiotics as a part of his treatment, medicines that helped him fight infection but also led to his almost total loss of hearing. Additional antibiotics to fight off hospital associated infections would have added to this hearing loss, but could also have led to further complications. Page recalls so many of Jack's fellow patients fighting C. difficile, bloodstream infections, and pneumonia - anecdotes that are supported by the scientific literature. Too many times, children fighting cancer fall victim to an infection before their treatment can even be completed. 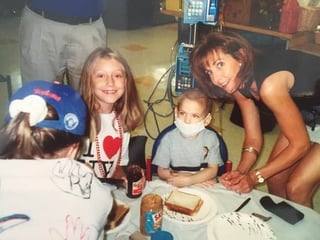 In addition to the risk of getting an every-day infection, pediatric oncology patients have a significantly higher risk of getting hospital acquired infections. Page went to every length to avoid these pathogens as well. To avoid the risk of a urinary tract infection with a catheter, Page would wake up every night on the hour to catch and measure Jack's output. Armed with bottles of alcohol, she wiped down every surface of Jack's room regularly, especially the bed rails and over bed table. She soaked a sheet in alcohol and laid it by the door, requiring everyone to wipe their feet before entering. She kept all personal belongings in Ziploc bags and never let them touch any surface. She spoke to the hospital staff to reduce flow into Jack's room, making sure than no one came in unless they had a necessary procedure to do. She learned from anyone she could - a hospital housekeeper explained the color coding system of the mops, so Page knew to prevent a specific mop from entering Jack's isolation room, thereby preventing a volatile microbial load from entering her son's sterile environment. Armed with her alcohol wipes, she followed her son to the playroom, the procedure rooms, and through all their travels to and from NYC, wiping every surface, for over two years.

Stay tune for PART 2 for the conclusion of this mom's fight for her son's life!
Editor's Note: This post was originally published in February 2017 and has been updated for freshness, accuracy and comprehensiveness.