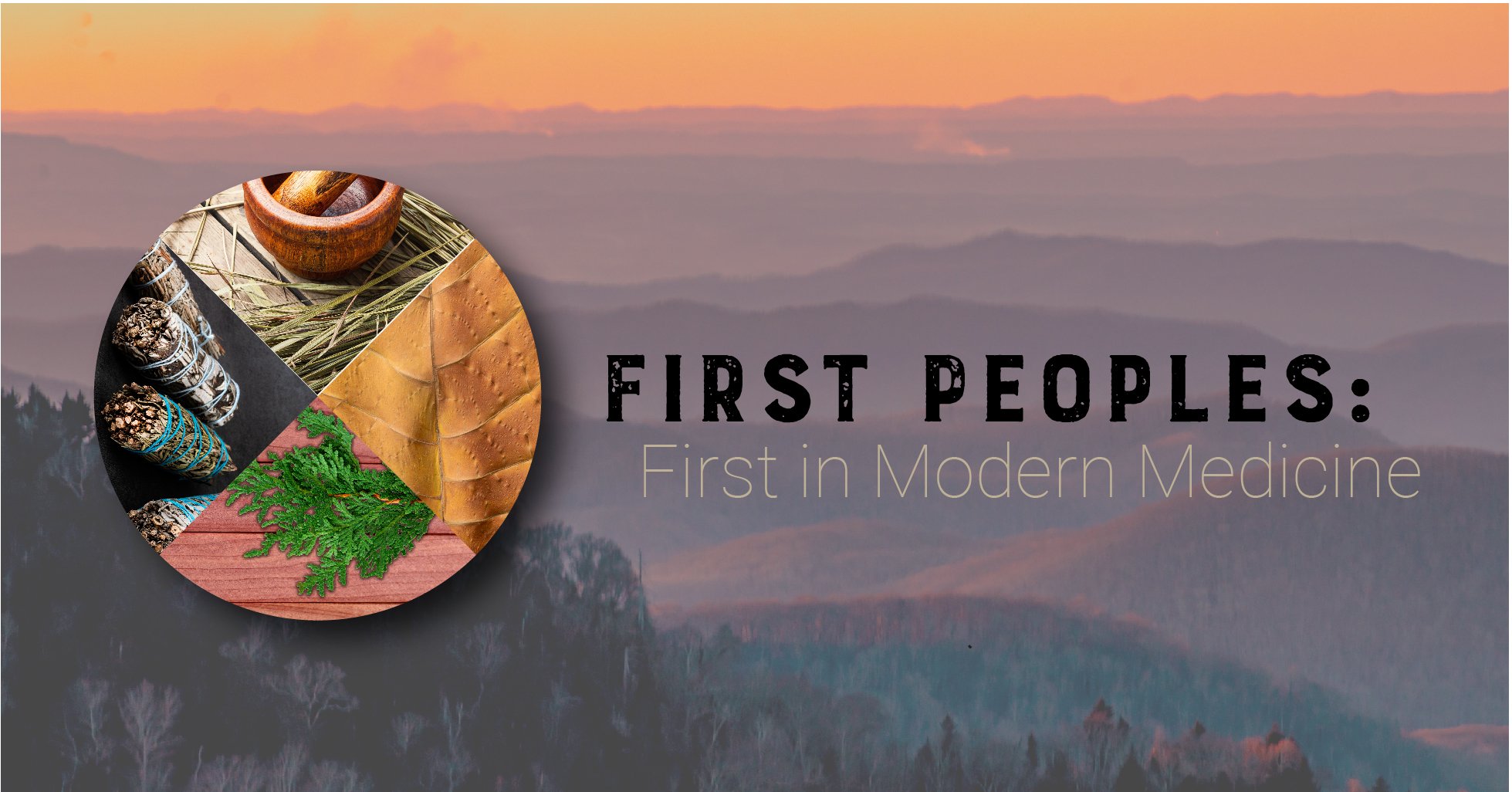 One of the most universally-recognized impacts from the colonization of North and South America is the horrific de-population of indigenous peoples due to the myriad diseases brought by Europeans colonists. Some exposure was accidental, some was weaponized, but all exposure led to massive loss of life counted in the millions. In today's post, we want to highlight a health topic that is often overshadowed by this tragedy: The First Peoples' approach to medical care had made significant advances compared to European practices, many of which have been rediscovered only within the last century.

Before we look at some of these advances, it needs to be clearly stated that "Native Americans" are by no means a monoculture. Hundreds and hundreds of distinct cultures, including Inuit, Apache, Blackfoot, Powhatan, Cherokee, Iroquois and Algonquin, each with their own traditions, practices, and beliefs which were in turn influenced by their territories, which included Arctic taiga, rainforest, arid desert, swampy coast, dense forest, and broad plains, each with their own native herbs, plants, mineral deposits, and animal life. Therefore, the following medical practices emphasize a generalized approach shared by multiple cultures.

Hygienic Civic Planning  |  Prior to colonization, Native American cultures led healthy lives with life expectancies that matched or exceeded their European contemporaries. This is due in part to the fact that their communities were not ravaged by almost constant epidemics of smallpox, cholera, plague and other viruses which regularly spread among European communities. Why not? First, tribes throughout North America did not live alongside their domesticated or wild animals (excluding dogs). Throughout the Middle East, Asia, and Europe, many viruses leapt to humans because people lived in the same space with their camels, pigs, cattle, sheep, chickens, and other domesticated animals. It was not until well into the 1900s that Europeans began to more universally accept this practice, while in many areas of the world it is still common. In addition to this separation, most Native American cultures created a different approach to community living. They built houses and shelters, but not closely packed and always with a latrine separated from the living space. While their contemporaries were pouring human waste out of windows into the street, Native Americans, as evidenced by artifacts, kept their living areas free from disease-causing filth.

Patient-Centered Care  |  It took centuries before Western doctors considered the patient a helpful source of information about their own illness - it was the doctor who was the expert and the patient who must be silent. An important part of many Native American cultures' approach to medical care was a careful patient interview, with the healer asking about not just the injury or symptoms, but about family relationships, worries, and life challenges. Treatment also emphasized the whole patient. An herbal treatment might be prescribed, but there might also be dietary changes, a family gathering around the patient to sing or speak over them, a smudging ceremony to cleanse the spirit, or another intervention to help indirectly with the pain.

Isolation of Critically Ill Patients  |  Many Native American healers may have explained patient isolation as helping protect the "purity" of the community, but by whatever name was used, the isolation of critically ill patients helped them heal and helped protect the community from disease. Many cultures used specially-erected shelters for the patient, with flaps that allowed for visitors to speak to the patient without entering. In addition, special cleansing rituals would be performed by the healer before going in and after coming out. Sound familiar? Way more advanced than the European approach of stuffed - and stuffy - wards of multiple patients and no PPE!

Proper Disposal of Medical Waste  |  Along with the careful civic planning that separated living areas from latrines, many North American cultures also had traditions specific to the handling of bodily secretions, including blood and other liquids we would today categorize as biohazards. The careful handling and disposal of this waste was centuries ahead of European hygiene, which did not have rules about handling medical waste until the late 1800s. This careful handling protected individuals and communities from infection.

Learning from Observation  |  The rich history of scientific observation in Europe, the Middle East, and Asia is well known. Often overlooked is the equally rich tradition in many Native American communities. Healers often referenced animal practices when discussing illness, referring to how animals heal themselves through instinctual use of herbs, minerals, and rest. Where European medicine went out of its way to separate man as superior from animal, many indigenous medical practices learned from nature by observing animals and then experimenting with combinations of natural remedies. The result was a pharmacopeia of treatments for pain, inflammation, diarrhea, anemia, and yes, even infection.

In the Cherokee culture, the word for doctor is kv-ni-a-ka-ti, taken from the word kv-ni, for arrow. This word was chosen because the doctor was said to "follow the course of the arrow in healing the wound made by it." This philosophy reflects an almost universal approach to medical care in early North America, holistic practices that considered the whole patient while protecting the whole community. These practices were heavily disrupted by the arrival of shipload after shipload of colonists, but despite these tremendous losses, contemporary Native American communities have worked to reintroduce these practices to their own healthcare. In a future post, we will learn more about contemporary healthcare in the many distinct Native American cultures throughout North America.