WHO is the Technical Advisory Group on SARS-CoV-2 Virus Evolution? 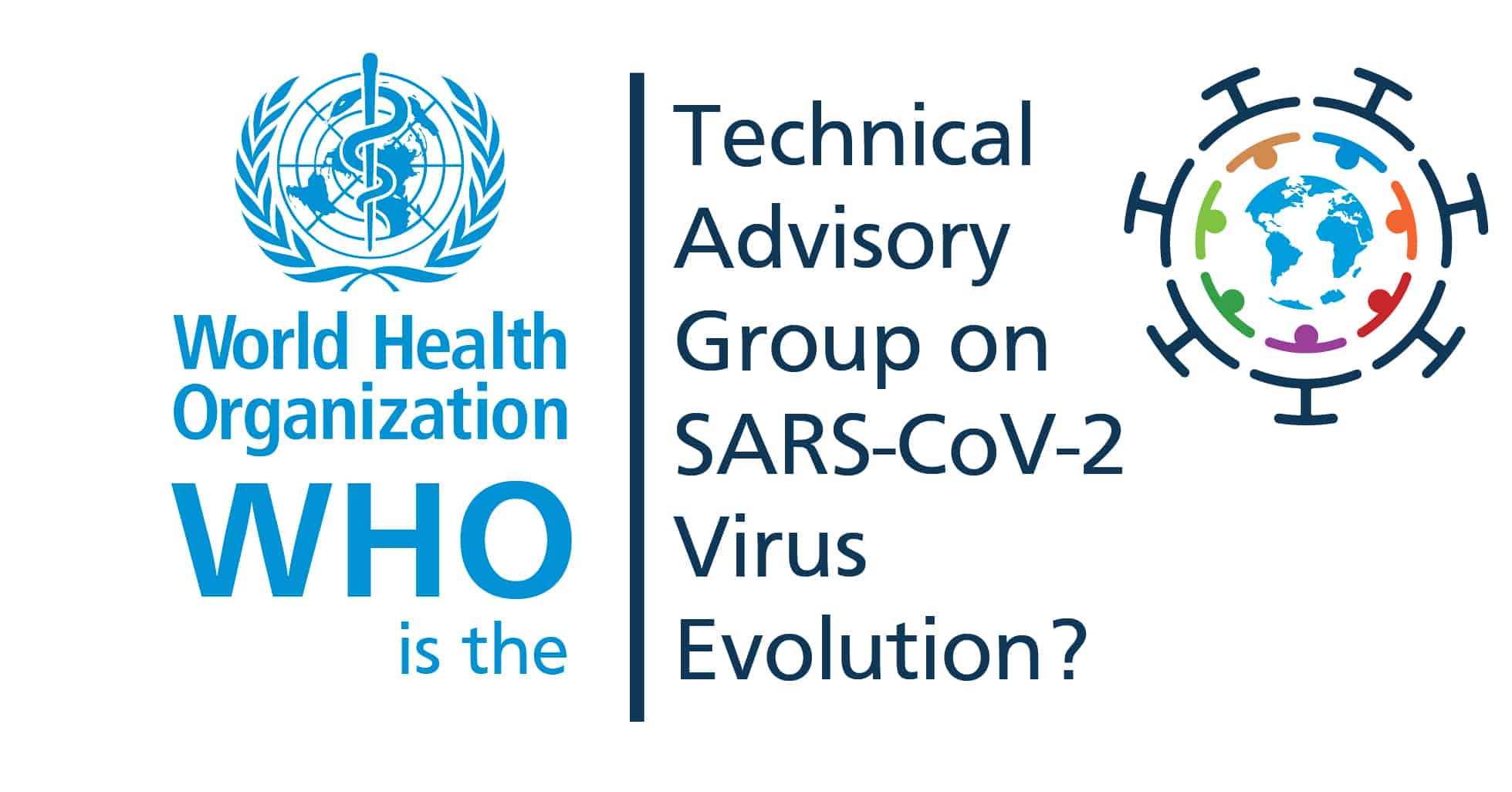 Recent news about a new variant of concern, Omicron, has dominated headlines. While we all try to keep up with the developing story, including how much of a threat this new variant presents, we are going to take some time to learn about the group tasked with keeping tabs on new variants and advising the world on how best to prepare for them.

In 1945, following the conclusion of World War II, 51 nations came together to form the United Nations, in an effort to work together to avoid future global conflicts. Just two years later, the member nations formed the World Health Organization (WHO) as a way to provide member nations with critical information and advice regarding public health issues, including emerging pathogens. Funded by member states as well as by voluntary donations, the work of the WHO led to the elimination of smallpox, the near total elimination of polio (it will take a few more years), and the intervention and mitigation of Ebola, Zika, and now, Covid-19.

On March 11, 2020, WHO declared the spread of SARS-CoV-2 to be a global pandemic. In June of that year, the organization pulled together leading experts into an informal Virus Evolution Expert Working Group (VEWG) to monitor probable evolution, mutations, and variants. As the pandemic progressed, this group was formalized as the Technical Advisory Group on SARS-CoV-2 Virus Evolution (TAG-VE), complete with membership criteria, leadership responsibilities, term limits, and participation regulations.

TAG-VE consists of 30 leading experts whose primary function is to advise WHO, and therefore the member states (all countries except Lichtenstein), on SARS-CoV-2 mutations and variants. Members come from the fields of genomics, epidemiology, virology, bioinformatics, health policy and public health, laboratory sciences, pharmacology, clinical management, and molecular evolution. Selected from around the world, these women and men come from government agencies, universities, laboratories, and health systems. Two members are from the United States, including one representative from the Centers for Disease Control and Prevention (CDC). All members are unpaid, and hold a term for 1 year, but can be reappointed.

To perform their function, TAG-VE meets minimally two times a month but also as needed to assess current mutations and identify variants of interest (VOI) and variants of concern (VOC). For example, when COVID-19 cases spiked in South Africa, that member state had a set procedure to conduct genomic sequencing provided by TAG-VA in its surveillance of possible new variants. Based on this submitted data, TAG-VA convened on November 26, 2021 and determined that the new variant was in fact a VOC, and named it Omicron.

Now that the VOC has been announced, WHO and TAG-VE go into high gear to collect as much information as possible and convert those mountains of data into workable advice to member nations. They publish summaries and recommendations, and update those documents regularly. They recommend and initiate needed studies, and serve as an information liaison with pharmaceutical companies developing vaccines and therapeutics. TAG-VE also recommends any additional mitigations efforts needed to help slow the spread of the new variant.

Research and data collection are currently underway to determine how the Omicron variant affects transmissibility, severity of illness, and reinfection risk. TAG-VE is also collecting data on how effective current vaccines and previous infection are against Omicron (its immune escape potential). With the World Health Organization and the TAG-VE, this kind of global cooperation and rapid information exchange would not be possible. As with any human invention, WHO is not immune from controversy; all groups of this size will come under scrutiny and are vulnerable to human behavior! But overall, the contributions of this global agency and its initiatives has made the world a safer and healthier place.