Preparing for Contamination: Lessons From Winter 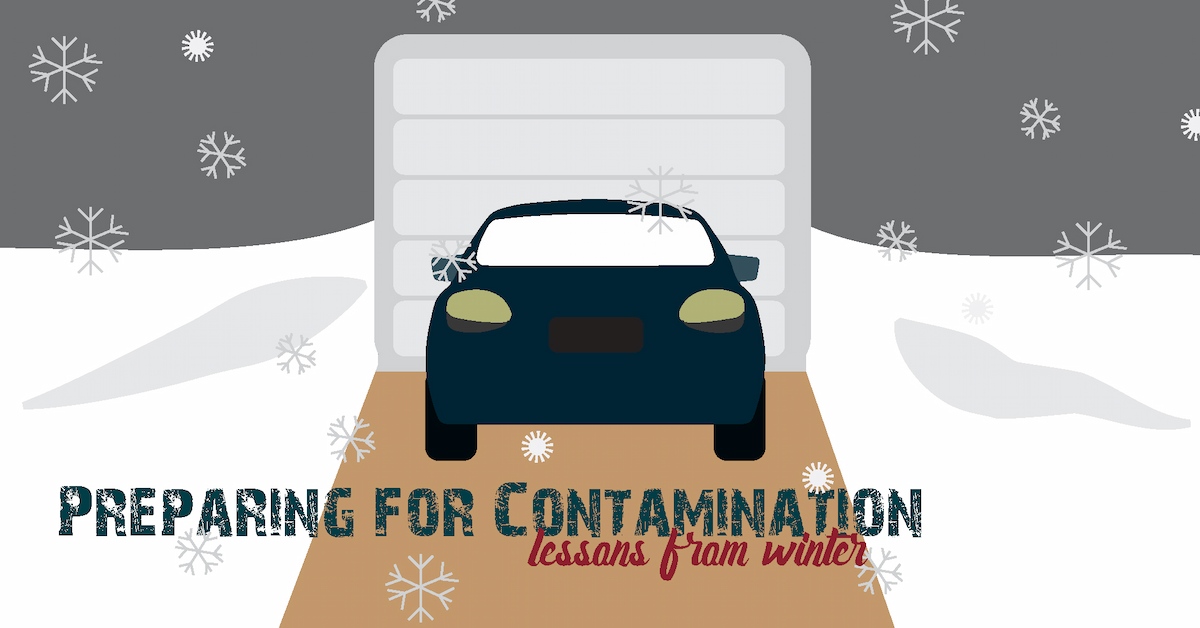 As winter settles in, communities across the country begin their preparations for snowfall and ice. Rather than deal with the drifts and icy patches after they are already in place, many of us prepare for this inevitability by putting down salt and sand, setting up car tents, and even installing heated driveway and walkway systems. The blizzards inevitably come - they are an inescapable part of nature, after all - but the impact they have on us is lessened. Strenuous snow shoveling is reduced, dangerous falls are avoided, and cars back out of driveways safely. Preparation is essential for a safer winter. What can we learn from this seasonal preparation when it comes to another environmental threat: Hospital acquired infections?

Just as certain parts of the world know that the snow will fall and the roads will ice over, we know bacteria will rain down on us at all times, outside in nature, inside our homes, and most dangerously, in our hospitals. We have two ways to protect the patient: Prepare for possible exposure in advance and thereby prevent it, and treat any resulting infection after the fact.

How do we prepare a patient for possible exposure to infectious pathogens from the environment before they come in contact? Before surgeries, patients are prescribed prophylactic antibiotics. If a patient may be exposed to a dangerous virus, vaccines may be administered. Medicines to strengthen a patient's immune system may also be given. All these protocols mean that if a patient is exposed to a pathogen, it will do less harm. If after all these preventive measures, the patient still becomes infected, there are an array of treatment options including antibiotics and surgery. To use winter preparations as an analogy, we bundle up with layers before going out into the cold to avoid frostbite or windburn, but treat those conditions if they do occur.

We cannot make less snow fall from the sky, but we can physically move to places where less snow may fall directly on us. Likewise, we can place patients in areas where effort has been made to decrease the amount of bacteria that enter the patient environment. A patient's own bacteria load (flora) is reduced using antiseptics, chlorhexidine baths, and decolonization protocols. Pathogens in the environment can be reduced using air filtration systems, negative pressure rooms, personal protective equipment and of course, everyday cleaning of surfaces and hands after they have become contaminated.

Winter preparations may seem to have an advantage when it comes to preparing surfaces for snow and ice. Salt and sand mitigate the dangers of snow and ice and when it does fall, we attempt to shovel it away to avoid dangerous levels of accumulation. Perhaps the most coveted of winter innovations, heated driveways and walkways, actually melt snow continuously as the flakes hit the surface, leaving clean and safe paths for people and vehicles. If only healthcare had an innovation that could continuously kill bacteria as it fell onto surfaces! There was a time when this could only be a wish.

Today, there is such an innovation and it's proven in both the lab and in clinical settings. Preventive, biocidal surfaces impregnated with copper to actively and continuously kill bacteria as it inevitably rains down from the environment.

Imagine the heated driveway during a snowfall. Light snow begins to collect on the lawn and road, but the driveway remains a pristine, clear surface. Even during heavy snow, while the drifts pile up around it, the driveway continuously melts the snow. Here and there some heavier patches may take longer to fully melt, but the overall effect is a driveway with far less risk of slipping and excessive accumulation. (You can watch tie-lapse videos of heated driveways here - they are a thing of beauty.)

The preventive biocidal surface does the same thing, just with bacteria. As the bacteria rains down on the surface - bedrail, table, workspace - the copper actively kills the pathogens, preventing dangerous accumulation of contamination. These surfaces may experience a sudden heavy load of contamination - a spill, for example - but the surface continues to work, killing the bacteria. Just as if a neighbor accidentally (and not due to any jealousy whatsoever) shoveled a pile of snow onto the heated driveway, there may be a temporary patch of snow, but the heat will eradicate it over time.

Preparation is essential to that most important word in healthcare: Prevention. We must plan ahead, accepting the reality of bacteria just as we accept the reality of winter, if we are to prevent harm. Part of that preparation must include putting in place surfaces that take into consideration the inevitability of bacterial contamination. But unlike the heated driveway, these surfaces are not a frill or luxury, but rather an investment that can save lives and money.