Its name come from the Greek words for for "grape" and "granule," due to its spherical "cocci" which cluster together into colonies that do, in fact, look like grapes: 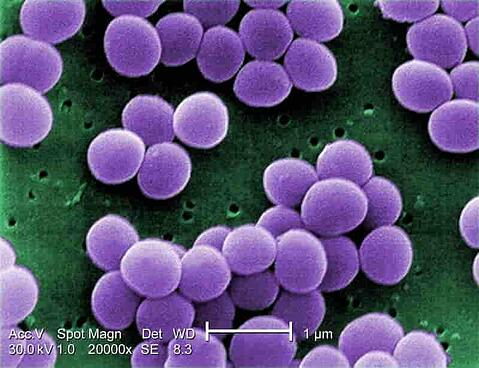 There are at least 40 different species of Staphylococcus, three of which are prime suspects when it comes to infections in healthcare settings. (For a refresher on what bacteria are, click here.)

Causing what are often called "staph" infections, this bacteria accounts for the greatest number of overall HAIs, as well as the most infections associated with catheters, ventilators, and surgical sites. It is commonly found in our respiratory tract and on our skin, causing ailments ranging from boils to sinusitis to food poisoning. However, some strains produce toxic proteins that cause severe illness. Some even produce proteins that protect themselves from antibodies produced by our immune system or introduced by antibiotics. These are referred to as antibiotic-resistant and get a category all of their own (see below).

Known as MRSA ("mur-sa"), this strain of staph has developed a resistance to methicillin-class antibiotics (basically, those that end in "-cillin ", the lactam class which can include cephalosporins... but we digress). This resistance developed through the process of natural selection. Those cells of staph that, by chance, had a slight advantage and survived a dose of antibiotic, lived on to reproduce and passed along their resistance to the next generation, who was as a result able to survive other doses, and on and on. While the strain itself is not more potent - it doesn't make you sicker - the fact that your doctor's first line of defense can't kill it makes it a dangerous foe. MRSA is not only more dangerous to the patient's health, it also is more dangerous to the patient's wallet, since the powerful antibiotics needed to kill it are extremely expensive. 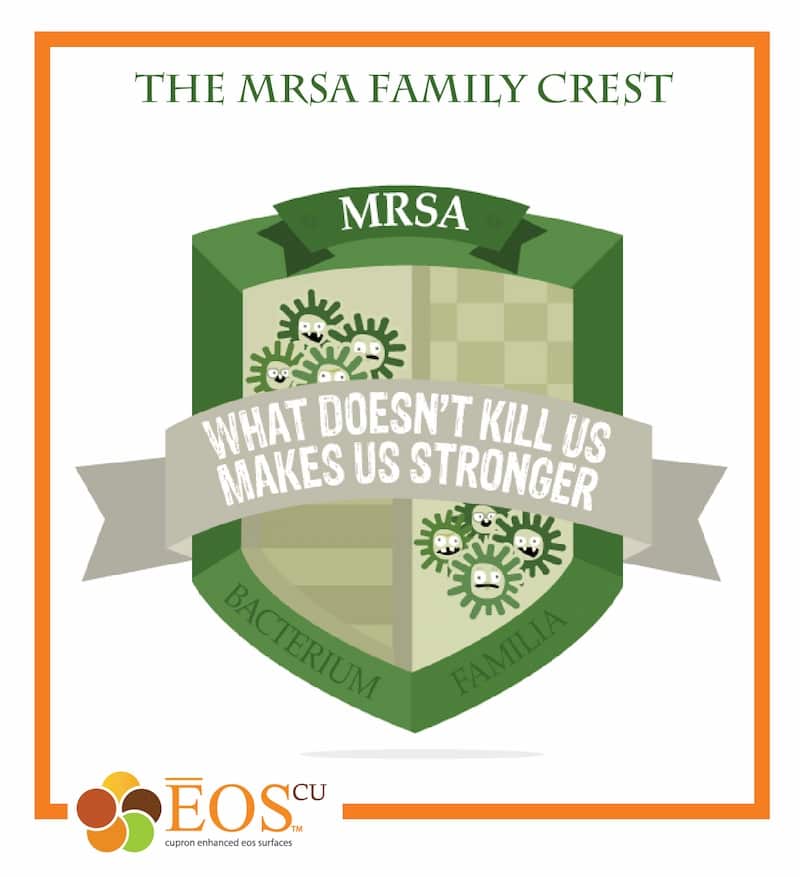 This strain of staph (which gets its name from not producing a typical protein enzyme) is not as potent as its brothers and sisters above, but it survives for extended times on surfaces and devices. While it almost never causes illness in healthy individuals, it is the number one cause of bloodstream infections associated with central lines.

Needless to say, the Staphylococcus family is dangerous because it is everywhere. While it does not pose a great threat to healthy individuals (20% of us are long-term carriers of S. aureus with no ill effects), for those with compromised immune systems as well as incision or medical devices, this opportunistic bacteria can mean grave sickness, lengthened hospital stays, hospital re-admissions, as well as increased medical costs.

Next week we will explore three stealthy bacteria. These guys seem like harmless passengers on a cruise (we're the ship) until they find access to the ship's inner chambers and suddenly become destructive, lethal, terrors. They are known as E. coli, Klebsiella, and another nasty crime family, Enterococcus.

Editor's Note: This post was originally published in January 2015 and has been updated for freshness, accuracy and comprehensiveness.