Could We Be Close to a Vaccine for COVID-19? 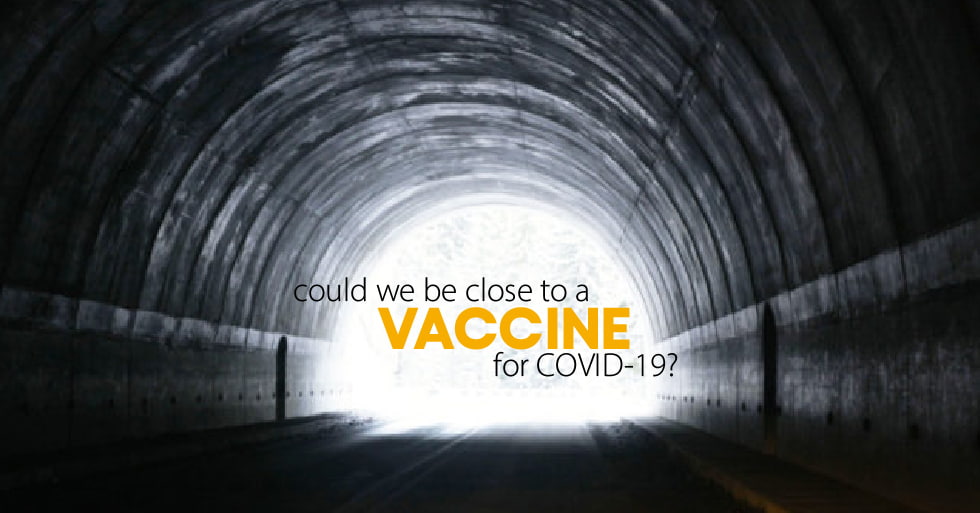 Exciting news brought encouragement this week as a vaccine candidate for COVID-19 announced it would enter Phase III testing by the end of the month. In the push for creating a viable vaccine, several cutting-edge technologies are being used for the first time, and make up the top 5 vaccine candidates to date. Today we'll look at these new mechanisms and their progress towards a vaccine for SARS-CoV-2.

Vaccines work by preparing our bodies for potential exposure to a virus. This advance notice is provided by exposing the body to just the part of the virus that stimulates the immune system, which will then produce the right antibody to kill the virus. The trick is to stimulate the immune system without the individual actually getting the virus. The solution is the surface protein - you expose the body to this non-infectious part, and you get the same immune response without the dangers of the actual infection. The top five vaccine candidates all get this protein into the body, they just use a different delivery system.

Two of the 5 vaccine candidates (including the one entering Phase III this month) are looking to create the protein that stimulates the immune system inside the body of the host, instead of outside. Historically, virus particles were copied in chicken eggs or in other mammalian cells. mRNA vaccines instead use the host's own cells to produce the antigen, the virus protein that won't infect the patient but will stimulate the immune system. The messenger RNA uses the host's cells to produce the antigen and display it on its surface! If this vaccine category works, it would mean a whole new world of vaccine production.

Three of the 5 vaccine candidates take a "hitchhiking" route to deliver the blueprint to the immune system: They use a benign virus - not the SARS-CoV-2 virus - to deliver the antigen-producing genes to the body. This means that a virus, like vesicular stomatitis or adenovirus, is used for it's gene-introducing characteristics to deliver the desired gene for the the antigen. Like mRNA vaccines, there is no current virus-vector vaccine for any human disease, but a number of them are used in veterinary medicine.

There are also traditional vaccines being developed, including attenuated (weakened) vaccines, subunit vaccines, and recombinant vaccines, which use the plasmids in benign bacteria to deliver the antigen. Because these methods require more time-consuming steps, most of these vaccines are still in the early stages.

Ultimately, we are seeking a vaccine which meets three standards: 1) it works, 2) it's safe, and 3) it lasts a long time. Researchers are trying to find a vaccine that produces the required antibodies in the optimal amount, that doesn't cause dangerous side-effects, and that imparts long-lasting immunity to the host. When a vaccine reaches Phase III, such as the mRNA vaccine, this means that it has passed the first two hurdles, and now needs to be seen in action. An estimated 30,000 volunteers will participate in the Phase III trial later this month. If the results are positive, we just might be seeing the light at the end of the tunnel.