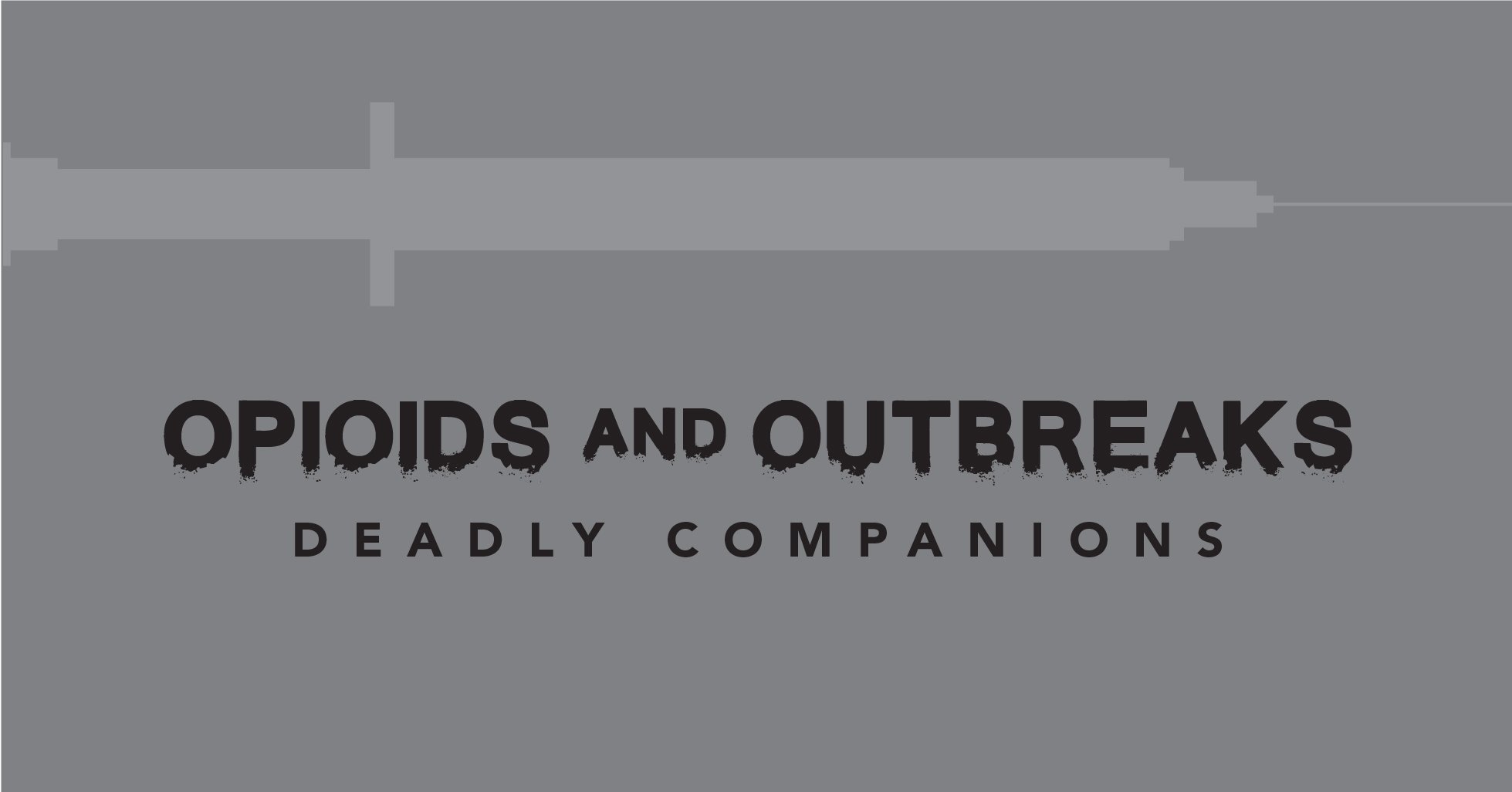 Well before the current administration recognized the opioid crisis as a national public health emergency, healthcare workers have been aware of the spike in opioid-related hospitalizations and deaths. Recently, the general public is beginning to learn the shocking statistics: 68% of overdose deaths in 2017 were opioid-related, six times higher than in 1999. On average, 130 Americans die each day from an opioid overdose. In today's post, we examine how this growing crisis has, and will continue to, impact infection control and prevention efforts.

The opioid crisis hit the US in three waves. With the introduction of new prescription opioids (and their massive marketing), a flood of highly-addictive drugs became available. Quickly, these opioids became misused and diverted from patients to non-patients. The second wave hit around 2010, when the number of people abusing opioids had transitioned from prescription pills to injected heroin, leading to a spike in overdose deaths. Finally, the most recent wave hit in 2013 with the introduction of synthetic opioids such as fentanyl.

Along with the spikes in overdose deaths and rising opioid use disorders, there was also another disturbing trend: A pronounced increase in the rates of injection-drug related infections, specifically Hepatitis C and HIV. The CDC released a map overlaying the geographic areas with high opioid abuse and high infection rates, a clear visual indication of the way these two health risks go hand-in-hand. 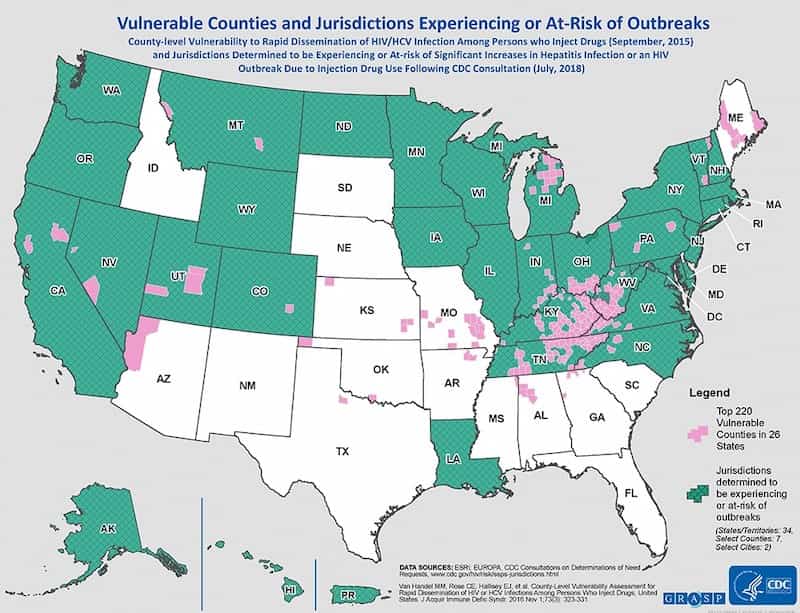 So what does this mean to the hospital infection preventionist?

In areas of high opioid abuse, hospitals will most likely be dealing with more patients who enter the facility already infected with a virus that will need to be treated and contained. Healthcare workers treating patients for overdose- or abuse-related conditions must keep in mind the higher risk of infection and follow their facility guidelines for wearing and replacing gloves, proper syringe use, and isolation protocols.

Healthcare workers should be aware of the common co-morbid infections that accompany heavy use of injected opioids. These are infections that involve the bloodstream, where pathogens are introduced by dirty syringes. HCV and HIV are common viruses, but bacterial infections are also seen. These include endocarditis, a bacterial infection of heart and valves that begins in the bloodstream but takes hold in the vital organ. Another bloodstream-related infection is septic arthritis, when joints become infected with a pathogen delivered by the bloodstream. Infections of the bone (osteomyelitis) and of the skin (abscesses and soft tissue infections) are also more common among people with an opioid use disorder. The risk of developing an invasive pneumococcal disease, such as meningitis, bacteremia, or invasive pneumonia, is 62% higher in patients abusing opioids.

Individuals recovering from an overdose may require medical treatments that put them at higher risk for an HAI. This includes the use of a ventilator, catheter, or indwelling PICC line. Weaker patients in general are more susceptible to infection, so an increase in sicker patients means the potential for an increase in HAIs. Outpatient facilities should also keep this in mind, especially if they serve a population with a pronounced opioid crisis.

Individuals engaged in heavy opioid use recover slower from injury or disease. Their mortality rate is higher than the general population and their risk for re-admission is also higher. If they are discharged and return to the same risky behaviors as before hospitalization - continued opioid use, use of dirty syringes, unsafe sex, poor nutrition, dangerous living conditions - their opportunities for recovery support will be minimal or non-existent.

Is there any good news about this?

Yes, but continued work is required. There are successful antivirals that can help stop HCV and HIV from spreading as well as help the patient control their own infections. Increased awareness of the opioid crisis has brought attention to prescribing practices and even led to the establishment of prescription tracking programs to help prevent abuse. Greater outreach into areas of high risk has instituted successful needle exchange programs and educated physicians about how to identify and treat patients suspected of struggling with an opioid use disorder. But there are still many areas that need support to provide the services required by their population. Perhaps now that the nation is learning more about the crisis, this support will begin targeting the areas of greatest need.